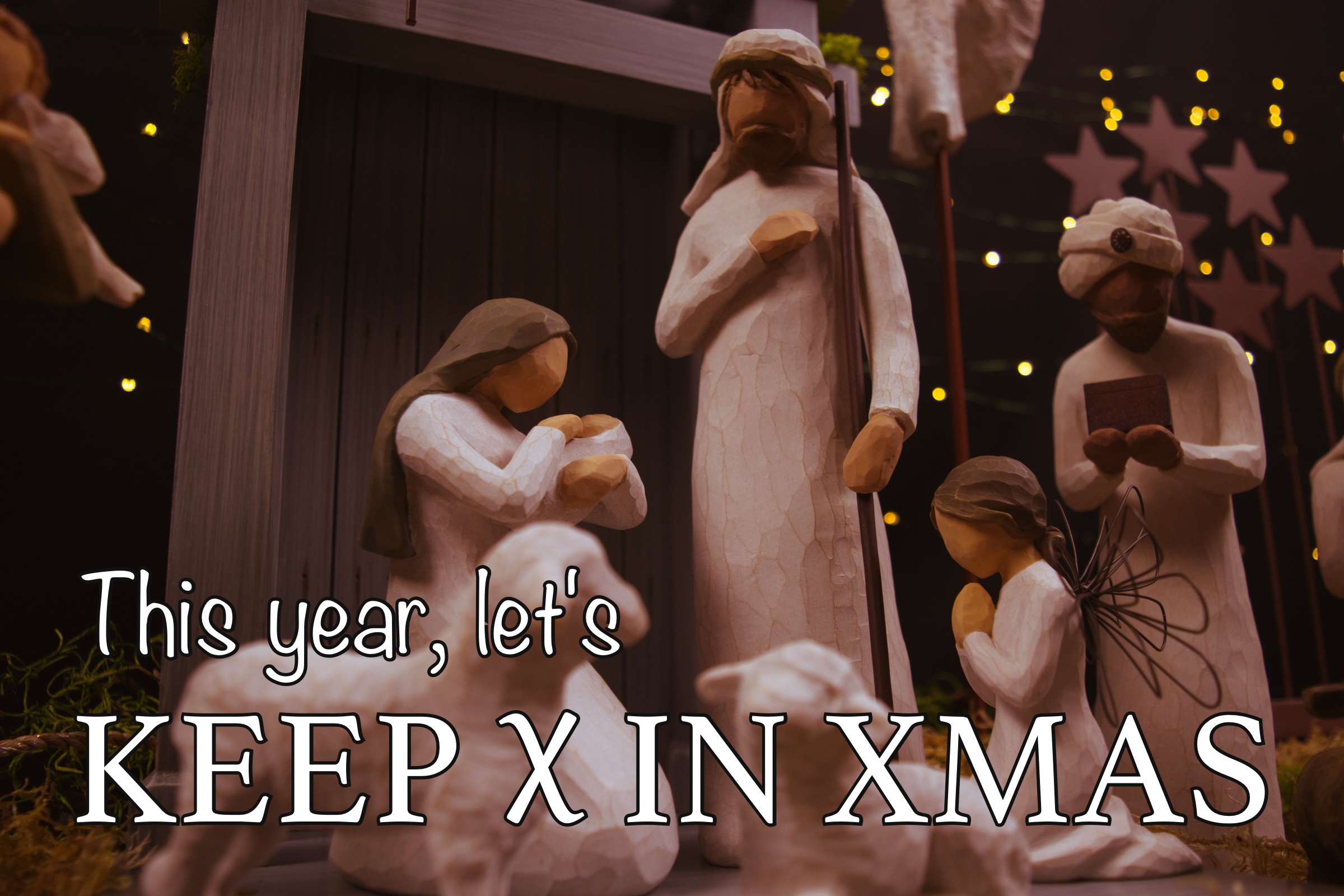 This morning a customer wrote to complain about our use of XMAS in a promotional priority code in one of our marketing emails, prompting this article.

Christians and Christian values are under attack in America today. Nothing like elsewhere in the world, of course, where Christians are being killed or imprisoned for simply thinking a certain way about God. But given that this country was founded on biblical principles by people who held Christian beliefs, it is especially troubling to see those principles and beliefs under direct attack from those who benefit from them but neither understand nor appreciate them.

Because of the constant bullying we all face from “open minded” people who “respect differences”, we are sometimes quick to see offense where none really exists. The concern that some Christians have over the use of the abbreviation Xmas for Christmas is one such situation.

The X in Christmas is actually the Greek letter chi, which is the first letter in the Greek word Χριστος, from which we get “Christ”. Its English counterpart (X) has been used as an abbreviation for Christ for centuries — by some accounts, about 1000 years. The abbreviation X for Christ, and variations such as Xt and Xr, can be found in texts from the 1700’s. In no case is it used to “remove Christ” from the text, but rather as a simple shorthand or perhaps as a recognition of the sacred nature of the name — in the same way that speaking the name of God was prohibited among the Jews, resulting in the unpronounceable 4-letter name (יהוה) that we sometimes see as YHWH in English. The substitution of chi for “Christ” was never meant as an insult but was used by Christians as a way of writing Jesus’ name.

Christianity is full of symbols. The cross in its various forms (the simple ✞ and many variations, including ⳩ and ⳨). The dove that we use in our PocketBible icon. The “fish” symbol. None of these are intended to denigrate the name of Jesus or to blaspheme against the Holy Spirit. Instead, they serve as powerful shorthand for the great concepts they represent. The cross isn’t just two intersecting lines; it reminds us of Jesus’ substitutionary death on behalf of sinners. It is empty, reminding us of his resurrection. It connects heaven and earth. It spans the gulf between God and humans.

When an unbeliever writes “Xmas” to avoid using the name of Christ, he or she is actually honoring Jesus. To the Christian, the X or chi in Xmas honors Jesus. And it connects us across the centuries to our ancient brothers and sisters in Christ. It is the “secret handshake” that communicates deep spiritual truths that are evident to the believer but hidden from the world. So well hidden, in fact, that some well-meaning believers actually resist its use, arguing that it removes “Christ” from “Christmas”. But they are ignorant of the long history of Christian symbolism. “Xmas” is a Christian term, invented by Christians, with a long history of use in Christian literature, based on the ancient practice of abbreviating the title “Christ” with the Greek letter ​chi​. It is not the invention of political progressives to remove Jesus from the name of the holiday that celebrates his birth.

There are plenty of reasons to be concerned about the animosity that exists in our society between Christians and non-Christians. But the use of Xmas as shorthand for Christmas is not one of them.